Welcome back! This week, Kathryn and Theresa interviewed Rachael Sanguinetti, a middle school music teacher in Rochester, New York. Rachael’s teaching load includes middle school chorus and a variety of general music classes, such as 6th grade foundational music, audio production and modern band, ukulele, and more. Being at an independent school, Rachael has the flexibility to create courses the students are most interested in – which is perfect for student empowerment! Rachael is also the Dean of Middle School Students at her school, allowing her to focus on several social-emotional aspects of their learning. On top of that, she is a PhD student at the Eastman School of Music. Rachael talked to us about her student-centered general music classes.

What is Student-Centered Learning?

For Rachael, student-centered learning is putting her students, their interests, and their passions at the center of what she does every day. Whether creating new courses or working on lesson plans, Rachael is constantly modifying things based on the students in the room. She has a general idea of the learning objectives, but the students are at the center of what it looks like. Rachael’s classroom is a safe, social space, centered on the students’ interests and the music they love. She strives to always give students as much choice and autonomy as possible.

Rachael was first introduced to the idea of student-centered learning in her Master’s program at Ithaca College. It was at this point she began thinking about popular music in the classroom and wondering how she could incorporate more music the students were interested in. Teaching Modern Band class, Rachael started asking students what they wanted to learn and what music they wanted to explore. The students didn’t know how to respond – they had never been asked that before. I was a learning process for everyone involved.

One class Rachael teaches is Modern Band. Students are nervous at the beginning of the semester, not knowing what to expect, waiting for Rachael to lead the entire class. But that’s not how it goes! Instead, the students choose their instruments, they choose the music they will play, and they get to create. Rachael is there if they need help or resources, but she can get out of the way and let them make music.

They know that I’m there when they need help…but otherwise I get out of their way and I just get to watch them make music, and it’s the best thing ever.

Rachael has found there has to be a balance. Some days, she needs to provide direct instruction. For example, if the students have never played guitar before, she needs to help them learn the basic skills. In those situations, there has to be some structure. Students who already play the guitar don’t need to learn the basics, so Rachael finds other ways to support their growth. Once the students are ready to work on their own, Rachael has conversations with students about how to choose music and what music is appropriate for their skill level. By providing structures and gradually taking them away, Rachael prepares the students to take ownership of their music making.

In another class, Audio Production, Rachael has students using digital audio workstations to create podcasts. The students had to learn to use microphones, create intro and outro music, and choose the topic for their podcast. Students could incorporate their own interests into the podcast, and through that, learned the requisite musical skills. Rachael provides a structure to get students started, but leaves the project open for students to learn in a way best for them. Rachael’s classroom may not always look organized, but there is always music learning taking place, and that’s what is important.

It’s celebrating the ways that we learn, versus we all must fit into this little box… [of following the book or all watching the teacher at the same time.] It doesn’t have to be that way.

If a student appears off task, Rachael takes the time to find out what they need to feel supported and successful. She recognizes students don’t all learn the same way, so requiring them to all do the same thing at the same time isn’t the best method. Instead, she works to give students the necessary skills and resources to continue making music once they leave her class.

The Benefits to Students

As a result of shifting to this student-centered approach, Rachael’s students are empowered. They leave her classes identifying as someone who has musical skills. Students feel like musicians and believe they have the tools to continue making music, even when Rachael isn’t there.

They’re going to leave me, but I want them to identify as someone who has musical skills.

Rachael acknowledges it can feel overwhelming moving to a student-centered approach, but emphasizes that both the teacher and the students first need to feel safe in the environment. She recommends taking little steps. Try infusing student-centered activities in only a couple of classes at first, and then reflect on how it went. Reflection is a vital part of the process. Rachael recommends having the students reflect as well as part of their learning. She asks students what went well and what they need from her, as the teacher, for support moving forward. Rachael tries to surround herself with people who are doing similar work, because she’s found there are so many great ideas shared and you can learn so much from each other.

Be sure to check out the full interview to learn more about Rachael’s student-centered classes and gain some great insight and inspiration! A Student-Centered Approach to Secondary General Music

Connect With Rachael and Learn More:

Interested in reading more about student-centered music classes? Check out these interviews:

In part two of this interview, Kathryn and Theresa continue the conversation with Jesse Rathgeber, a music education professor at Augustana College, about his views on planning and teaching student-centered music classes. If you missed part 1, check it out here: Crafting Student-Centered Lessons, Part 1.  Transforming an Elementary School Performance  One specific area that…

In this two-part interview, Kathryn and Theresa talk to Jesse Rathgeber, a music education professor, about his views on planning and teaching student-centered music classes. Jesse’s wealth of knowledge and passion for music education are evident, creating an interview you don’t want to miss. Here are some highlights and key takeaways.  About Jesse Rathgeber Jesse… 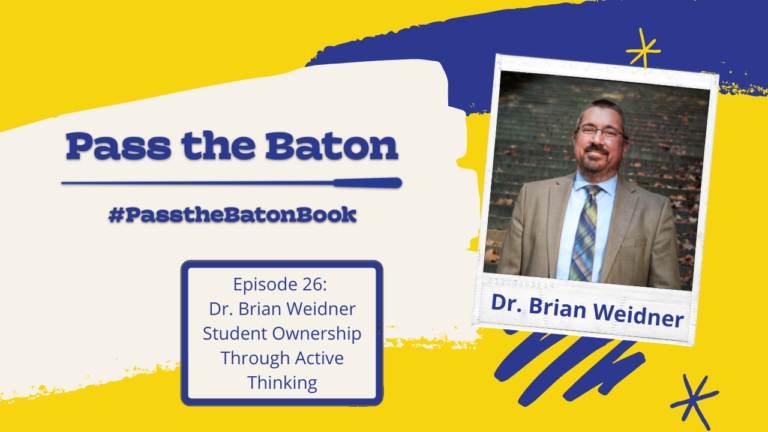 This week, Kathryn and Theresa talked to Dr. Brian Weidner, an assistant professor of music education at Butler University, in Indianapolis, Indiana. Brian spent twelve years teaching high school band prior to earning a PhD from Northwestern University. Much of his work now spawned from the various questions he asked during his time teaching public…