Matthew Shaffer is middle school orchestra director in State College, PA. He earned a Bachelor’s degree in music education from Penn State University and a Master’s degree in music education from Lebanon Valley College. While Matt is primarily an orchestral cellist, he also played in a band in high school. That band experience, jamming with friends, drove him towards incorporating creative activities with his students. Matt is also a co-author of the book, The Creative String Orchestra, which describes ways orchestra teachers can incorporate more creativity in their classes. In this interview, Matt talks about how he does this with his own students.

Matt’s “Pop Project” was one of the first creative projects he and his students embarked on. He wanted the students to realize they didn’t have to only play the music he rehearsed in class, they could also play other music they listened to. At the beginning, the goal was for students to learn a song, arrange it, and perform it. The students were told to listen to a chosen song several times until they could figure out how to play it! The students worked in groups, some with like instruments and others with mixed instruments. In some groups, all students played the melody. In other groups, the students figured out harmonies and added percussion parts! As the project developed over the years, eventually more parameters were included. Matt also learned more about some of the research being done in this area, and just how valuable this type of project is!

When attending a professional development session, Matt was introduced to the music of composer Martin Norgaard. Specifically, a piece that required the orchestra members to improvise! He knew he wanted his students to learn the piece, but none of them, Matt included, had much experience with improvisation. They learned together. Starting with warm-up exercises, students would first come up with 4-beat rhythms and they gradually expanded upon that until they were more comfortable improvising. After this experience, Matt commissioned another piece with improvisation called Grand Central, by Rich Hirsh. They even performed it (premiered it!) at an adjudicated festival.

In another example, Matt used a collection of songs provided by the guitar teacher that all contained only three chords. He could use those songs to teach the students about chord structure and similar concepts not usually taught in an orchestra. The students could choose what note to play from each chord. Some would stick with the root the entire time, while others could be more creative, choosing a different note for each chord change. Next they would learn the melody and add that to the chords. The students had a lot of choices, and the piece was different each time they played it. Ring of Fire, by Johnny Cash, worked well for this activity. Matt also found these three-chord songs were great for warm-ups and provided a great opening activity for rehearsal.

There was a time when Matt worried about what other people would think. There were kids everywhere. In storage rooms, in the hallways, in his office. What if the principal walked by? What would he think? Since then he has come to realize that’s the point. It may sound like chaos, but it’s organized chaos. It’s the sound of students learning. In reality, no one has ever asked what was going on in his classroom, but if they did, it would be easy to show the student-focused learning taking place.

“The kids are in charge of it; it sounds like chaos, but it’s organized chaos. It’s the sound of them learning.”

The students are more confident in their playing, even during the more traditional parts of rehearsal. This is likely because they are practicing more since they are playing songs they want to play, and when the students are working in small groups Matt can give more personalized attention where needed. The students are even doing more music-making on their own! They figure out how to play songs they like, they compose their own music, and create music for other classes.

Matt’s advice to other teachers is to start small, but just start. At the beginning, he always models improvisation for the students. They might start with notes on the D-string, or a single note rhythmic pattern, where he improvises something and the students echo. Doing this also gave Matt more confidence in improvising. In time, the students were ready to create their own patterns. Using backing tracks also helps. In his spring concert, several of Matt’s sixth-grade students will perform their own compositions along with a backing track.

Check out the full interview here: Creativity and Improvisation in Ensembles (Part 2 of 3)

Part 1: Creativity and Improvisation in Ensembles with Marissa Guarriello

Part 3: Creativity and Improvisation in Ensembles with Sarah Gulish 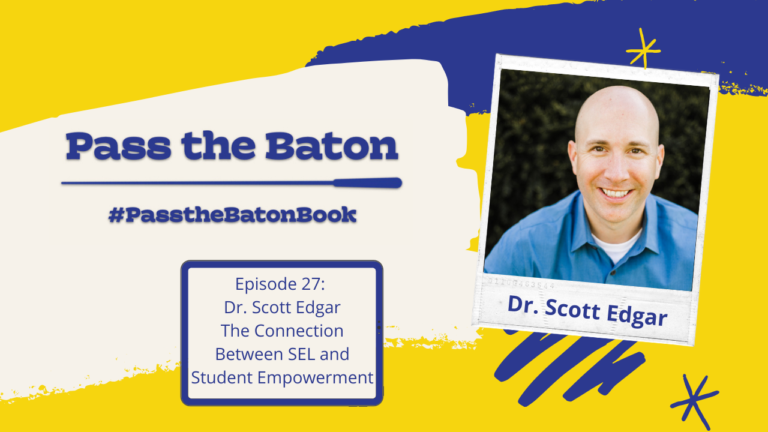 This interview continues a three-part series about creativity through music composition. Robby Burns is a middle school band and general music teacher in Howard County, Maryland. Additionally, Robby directs the middle school honor band, teaches private percussion lessons, and works as a freelance percussionist. He is the host of the podcast, Music Ed Tech Talk,…

Laura Johnson is a band director at a Title I middle school in Chesapeake, Virginia. Before moving to Virginia, she taught middle school band in central Minnesota. Laura is passionate about having students select repertoire in her ensembles. She was inspired by her own high school band experience, where she and her classmates were given…

Welcome to season two! In Episode 31, Kathryn and Theresa spoke with Dr. Matthew Arau, a professor of music at Lawrence University Conservatory in Appleton, Wisconsin. Prior to teaching at Lawrence, Matthew taught middle school and high school band in Loveland, Colorado. Matthew earned a master’s degree from the American Band College and a doctoral…

This week’s interview features one of our co-authors, Theresa Hoover. Theresa is a former middle school band director, currently working as a music education and technology integration specialist. In this episode, Theresa talks about how she incorporated creativity and music composition in her middle school band classes.  To start the 2020-2021 school year, Theresa’s band…

Many of us have been in this new “distance learning” phase for a few weeks now – or as A.J. Juliani calls it “emergency remote learning.” Whatever term you use, we’re discovering that it’s not the same. We can’t replicate what happens in our classrooms online. And that’s ok. I think instead we need to focus on what we can do with this time.