This week Kathryn and Theresa interviewed Angela Ammerman, an adjunct professor of music at George Mason University in Northern Virginia. Angela is a lifelong music educator, teaching her dolls to sing as a young child, teaching private lessons in her neighborhood as a middle school student, and working as a counselor at a strings camp in high school. This helped her realize early on the importance of music when building community and shaped her development as a music educator.

One of Angela’s passions involves working with English Language Learners (ELLs), which began when she was teaching at Annandale High School in Fairfax County, Virginia. Annandale High School is very diverse, so it wasn’t long before a student who did not speak English and had no prior experience joined the orchestra. Angela was up for the challenge! Within a few years’ time, she had grown the strings program to include a full beginning orchestra, made up of mostly ELLs. This experience showed Angela how powerful music was for students new to the country and how much these students could thrive in a school music program.

Several years later, Angela spent time at a children’s home in Thailand, where she started a beginning strings program. Using the strategies she developed at Annandale High School, Angela completed a research project and found that student’s self-concept increased after only 10-days of study!

My goal is to say every child’s name properly….So much of the time, our students are just not seen. Especially after the pandemic, they don’t feel that they belong. Just acknowledging their presence is tremendous.

Since then, Angela has worked to share what she’s learned with other music educators. Here are some of Angela’s favorite strategies for empowering ELLs:

Angela noticed so many benefits to her students as a result of participating in orchestra as ELLs. Students had more confidence, increased English language skills, and felt they were part of a community.

Connect with Angela and learn more:

This week, Kathryn and Theresa talked to Dianne Nelson, a choral teacher at Talmadge Middle School in Independence, Oregon. Dianne has experience in a variety of settings, including degrees in biology and music education, teaching experience in early childhood and Waldorf settings, and a current position teaching music pedagogy at Western Oregon University. One of… 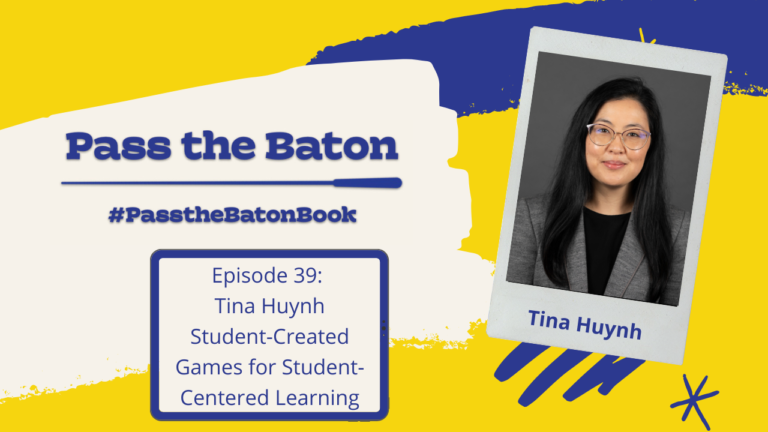 Steve Selfridge has been teaching in Garnet Valley School district in southeast PA for 20 years, teaching elementary band, middle school jazz band, and now high school band. Steve has had outstanding success creating videos to empower his band students and band students around the world. How it Started Steve created his first video in…

Many of us have been in this new “distance learning” phase for a few weeks now – or as A.J. Juliani calls it “emergency remote learning.” Whatever term you use, we’re discovering that it’s not the same. We can’t replicate what happens in our classrooms online. And that’s ok. I think instead we need to focus on what we can do with this time.